Meeting at Primary School No. 45 in Szczecin 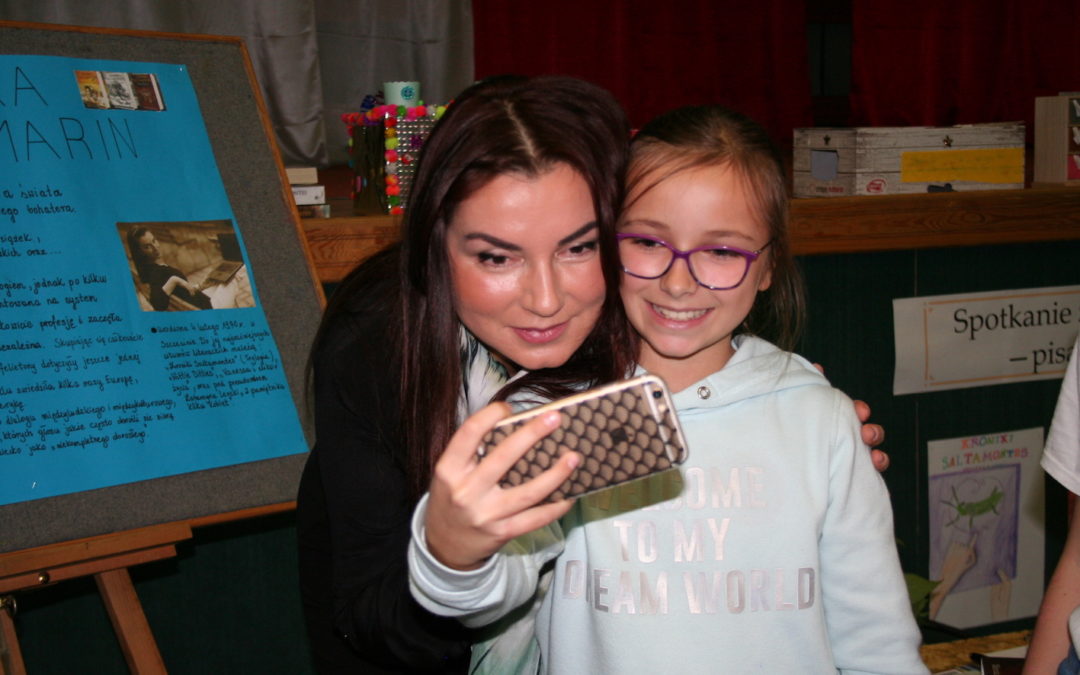 5 November I met the pupils at Primary School No. 45, which has a special needs department, in Szczecin. To be honest, these are the meetings I like the best. Because of the children, because of the school (there’s just something about it :-), because of the wonderful teachers with a soul who, despite the ridiculous demands of the curriculum, get by nonetheless. They are true heroes who love the children (thank you, Agnieszka Granops <3) At this school there’s a good energy, where nobody tries to find fault in others, but instead everyone tries to find something good in other people. There were lots of great kids who had enjoyed the Saltamontes Chronicles and one boy, Paweł Borkowski, who melted my heart with his beautiful interpretation of an excerpt from Escape from Darkness. What can I say!? It isn’t easy to make me lost for words, but Paweł, you succeeded! And something absolutely magical happened, because I realized that the Saltamontes Chronicles had really gone out into the big wide world and begun its own life in the homes and hearts of other people. It was a wonderful meeting!
P.S. Plus a big thank you to the talented Abdul who took my camera and made the pictures below.